A Typhoon of Terror: American Blacks After “Freedom”

Most of us believe what we were taught in elementary school: that enslaved blacks were freed by the Civil War. The truth is far grimmer. In this gripping discussion (recorded during Obama’s term) Douglas Blackmon, author of Slavery by Another Name, reveals that unlike the pre-war South, after the war and a brief period of freedom, slavery not only continued but expanded as it was no longer just rich white who could own slaves. And though a federal law outlawed slavery, all cases were sent to state and local courts. Which of course did nothing. Blackmon observes:  “The short period of liberation made the tragedy that much greater.” He reveals a disturbing history where neo-slavery only ended four days after the Pearl Harbor attack. Yes, 1941.

No Lack of Warnings of American Fascism Yet Here We Are! 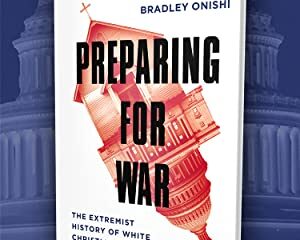 A Typhoon of Terror: American Blacks After “Freedom”