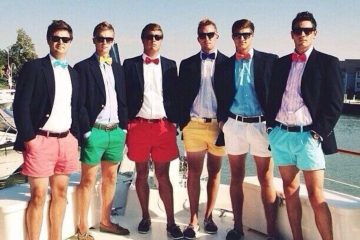 The Triumph of Frat Boys//Why Trump’s Lies Are Believed

On part one, veteran sports writer Robert Lipsyte shares his valuable and unique insights into the Kavanaugh/Trump “frat boys win” dynamic. The power of the pack: it’s there on sports teams, gangs, and nationalism. And on part two, writer Teri 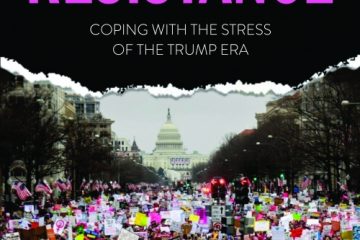 Beating Stress and Anxiety in the Time of Trump

You are hardly alone. Millions of Americans have been going though PESD since November 2016: Post Election Stress Disorder. It’s been a banner business time for psychotherapists. Some wake up with what they call a morning fright. Others have found 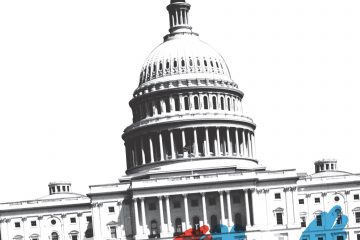 No matter how hard the Trump Administration tries to keep America ruled by moneyed white men, new Americans are successfully invigorating the democratic process. Often more dedicated to America’s principles than those of us who were born here and take 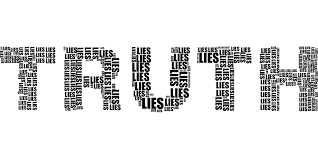 It did not begin with Trump. How have we gotten to this place where truth and lies are interchangeable? There are a lot of factors not the least of which is the clutter and chaos of the internet, where anything 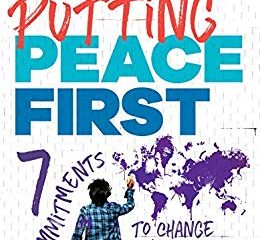 High School Kids Leading Us All, Not Waiting to “Grow Up”

Remember your not-so-great high school days? Remember wanting to be respected while being consistently treated as less-than? According to author Eric David Dawson, “the system is set up to be destructive of everybody.” His new book, Putting Peace First: Seven 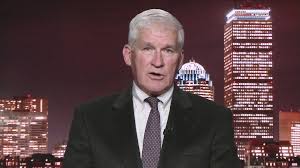 Bacevich: Our Fixation with Trump is Actually a Distraction

“Critics see Trump as an abomination, but he is also one of us.” So says Andrew Bacevich scholar and author of the forthcoming book “Twilight of the American Century.” He explains in this podcast that Trump is one of a 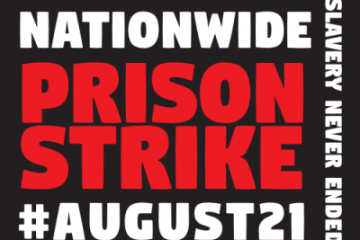 The Prison Strike: You’re Not Supposed to Know About It

America’s prisons are where we warehouse and punish bad people. But how much injustice behind the walls and razor wire is acceptable? Is using inmates as slaves OK? Is it a good idea to maintain a system that reinforces people’s

What is freedom? Coming from a context of widespread economic security, young people across the US and Europe in 1968 drove older generations crazy with the insistence that there was more. More than the grey flanneled conformity in which we

With all the current discussion about ever-more inflamed divides in the currently united States, more people are wondering if we  really are one nation after all. It’s not just blue vs red, North vs South. There’s us here in Yankeedom. 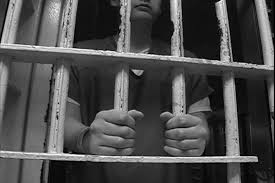 America is shocked at the sight of 2500 migrant kids in cages. But behind high walls are over 50,000 American kids.This is invisible for a reason. According to Professor Cara Drinan, expert on juvenile sentencing and criminal justice reform, if 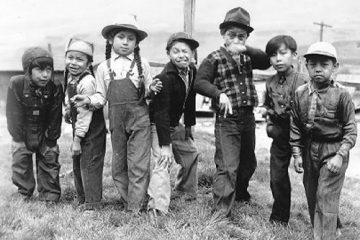 Left and Right Against Dumb Wars//Indian Kids Taken for Decades

Donald Trump won a lot of support from conservative Americans who agreed our endless wars are nothing but a big waste. Of course he flipped positions since then but renowned professor Andrew Bacevich observes that there is still anger at 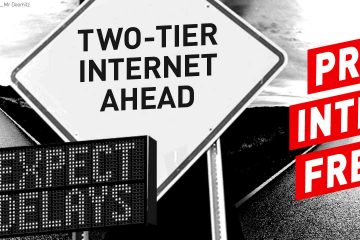 The effects of net neutrality have been like the founding fathers dream: a truly free media open to all points of view, where even the smallest voice can reach millions. It’s logical then that the big internet service providers and 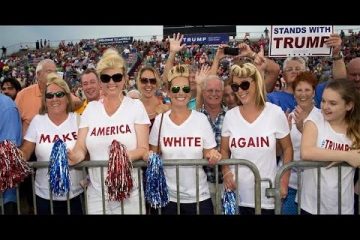 Meanness and Hatred Can’t Be Blamed on Trump: It’s Always Been There

It may be out in the open now, and it is disconcerting to see and feel the blatant racism and hatred across America now. But maybe the ugly spirit of white supremacy may have been hidden from white people before 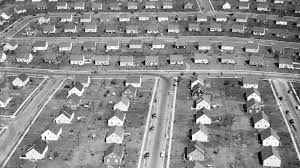 Out of the Closet to Be Policed?

Watch TV and see the roles we’re all supposed to play. Since 2015, marriage equality has been the law of the land but the characters portrayed on TV shows actually serve as law enforcement, limiting freedom in a very real 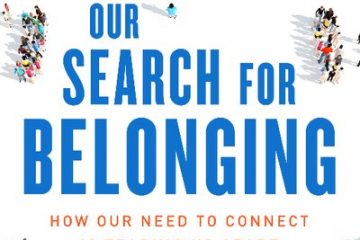 Our Need to Connect is Tearing Us Apart

There’s a basic and universal human need to feel like we belong. In this ever more isolating world of sharply divided news media and working alone, the opportunities to make connections are reduced. So in this need for tribal belonging, 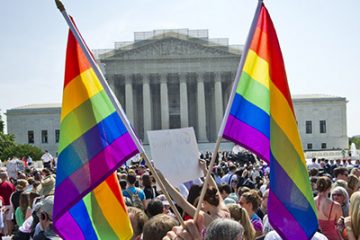 For Our Common Empowerment, Let’s Learn What Works

All too often in recent decades social, cultural, and political movements have worked in isolation from one another. But there’s so much to learn so none has to reinvent the wheel. Among the more successful movements has been that of 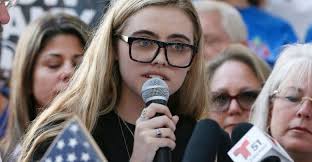 Change only comes after enough innocent blood soaks into America’s soil. Is it enough now? Forty eight years ago, the war came home. From the Kent State Massacre, college students learned they were not safe exercising their first amendment rights. 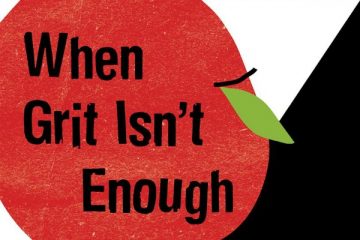 The pervasive myth of kids just needing “grit” and lifting themselves up by their own bootstraps is false and is doing real harm.Our guest today Linda Nathan spent fourteen years as founder and co-headmaster of Boston Arts Academy, Boston’s only 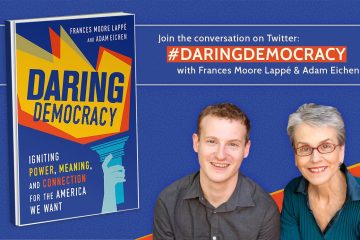 Welcome to the Pro-Democracy Movement

Resistance is great but it’s not enough. Since 1971, there has been a very effective anti-democracy movement aimed at replacing it with plutocracy. Trump is but a symptom of this problem so solutions have to be much more than merely 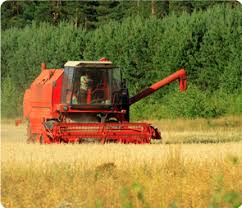 It used to be that everyone in the Midwest knew “FDR is for people like us” and they voted solid Democrat. Not any more. On Part One, conventional wisdom is that Democrats will most likely make gains in congress in 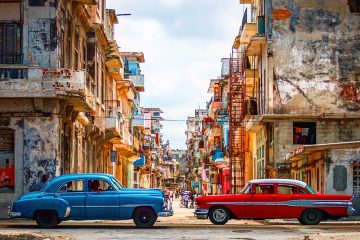 Cuba 2018: Neither Heaven Nor Hell

Talk about great mysteries: what do you think of when you hear the name Cuba? Cigar chomping communist dictator? People yearning to breathe free and live like Americans? We get one small picture here while the rest of the world 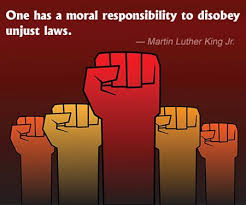 Disobedience: Democracy Depends on It

“Just following orders” is no defense. In a democracy we assume that individuals in society will take personal responsibility and disobey immoral commands. But as many experiments have shown, people rarely question orders from authorities. Our guest on this show 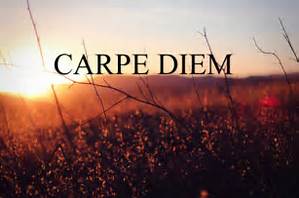 “Based on everything, it appears Democrats will most likely make gains in congress in 2018.” Do you think most likely is good enough? Being risk-averse weakens our chances. Author of The Great Divide: Story of the 2016 US Presidential Race 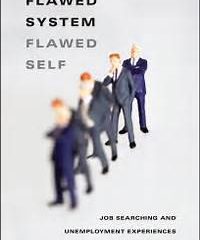 What is the World Bank Doing?/Self-Blame In Economic Difficulty

Their mission is to help the developing world but Bruce Rich, author of the new book Foreclosing the Future reveals they may still be profiting but the World Bank is continuing to worsen poverty and the environment. And on part 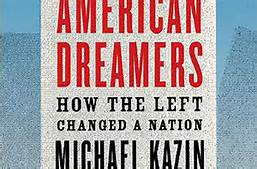 What America’s Left/Populists Have Won

While the left has had very few actual electoral victories, author Michael Kazin argues it has very effectively changed the nation. The author of “A Godly Hero: William Jennings Bryan,” talks about his book “American Dreamers.” What’s gone right and 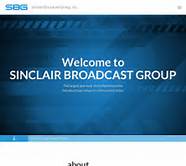 We all know the impact Fox News has had on politics and government. Now comes Sinclair with its alt-right slant and their clever way to your local TV without becoming a network. Media analyst John Kosinski sheds light into their 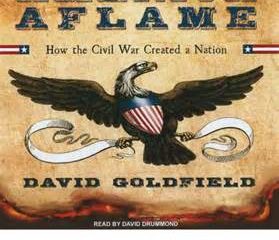 The “Civil War” Re-Examined: It Set Back Civil Rights

No side won, America lost. The so-called civil war (a civil war is a fight to take over the government; this was not) was America’s biggest failure, started by radical evangelicals on both sides. Lincoln was not the president of 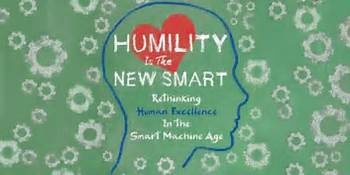 Millions of jobs will be eliminated because artificial intelligence is smarter than we are in many ways. We humans therefore face a serious and historic new challenge. What must we do to endure? According to our guest, author Edward Hess, 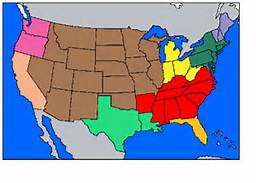 No one in their right mind would ever think the Soviet Union would suddenly break down into its component parts. Then it did. Clearly America is more divided now than since the 1861 war against Southern independence. Many would argue 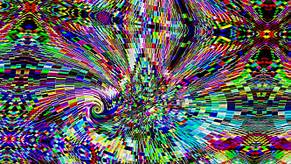 A New Consideration of Uses of LSD

LSD has long been feared. No question, it is uniquely powerful. But does it have potentially uniquely powerful benefits as well? On this program, Dr. Phil Wolfson delves into many aspects of the substance; the foolhardiness of the drug war,

A New Consideration of Uses of LSD