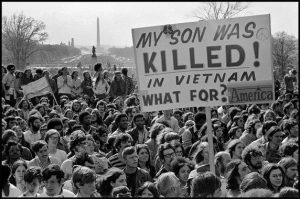 Millennials may think of democracy as something we older people remember. The infamous Supreme Court “Citizens United” decision took legitimate power from the average American and shifted it to big concentrated money. Some Americans have not given up. On the first part of today’s show, former Mass Assistant Attorney General Jeff Clements tells us about a booming new effort to pass a 28th Amendment to the Constitution, overturning that decision and restoring democracy in the USA. And on the second half, Terry Provance of the Vietnam Peace Commemoration Committee also is looking to the millennial generation. They have been fed a myth by the Pentagon and others about our war in Vietnam. The VPCC is focused on undoing the whitewash and sanitizing of the truth. They are working together to reach into high schools and tell the truth of that war.

Shaping the Future of Work After Trump

The New Danger of Trump and Jerusalem